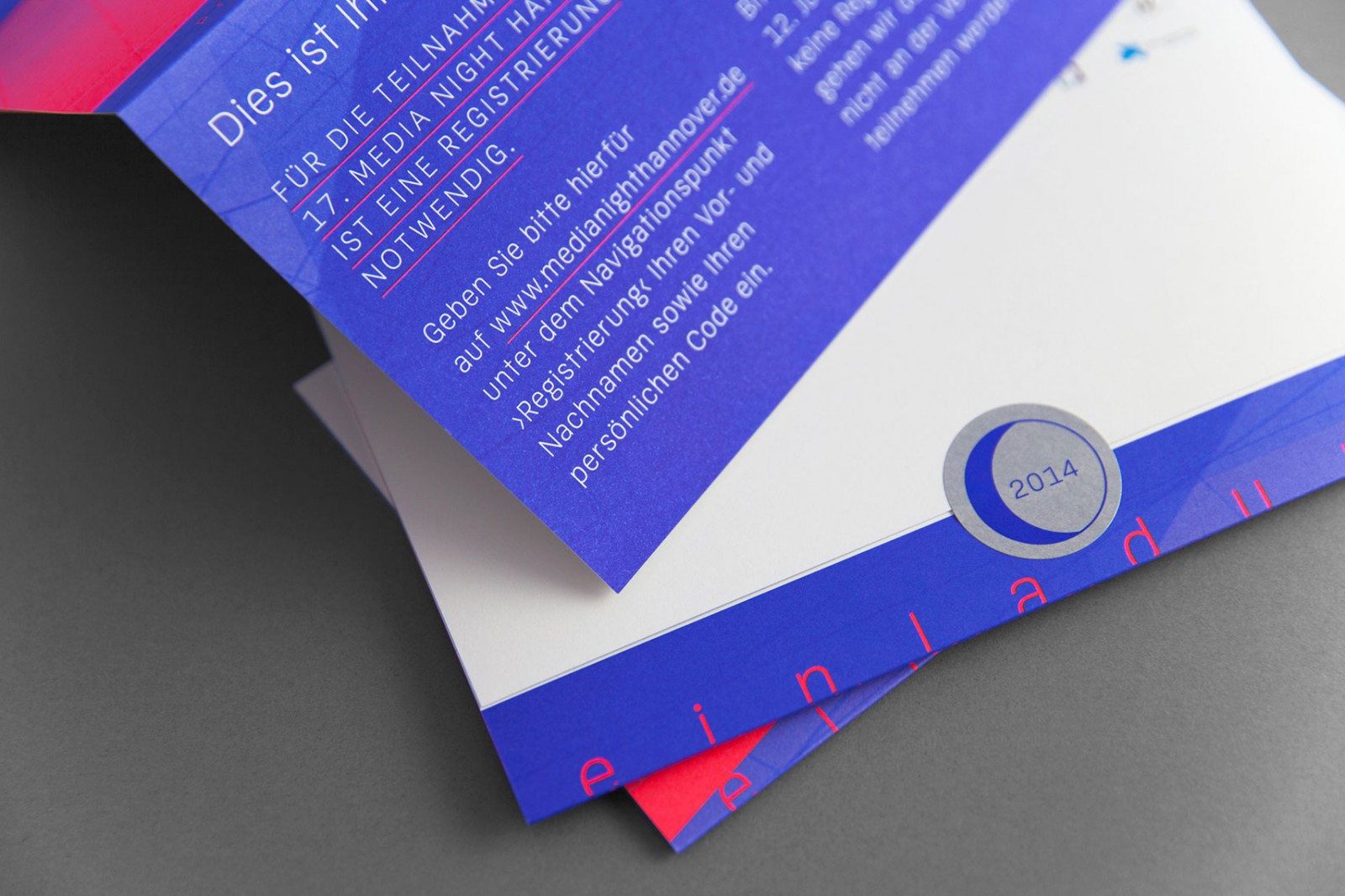 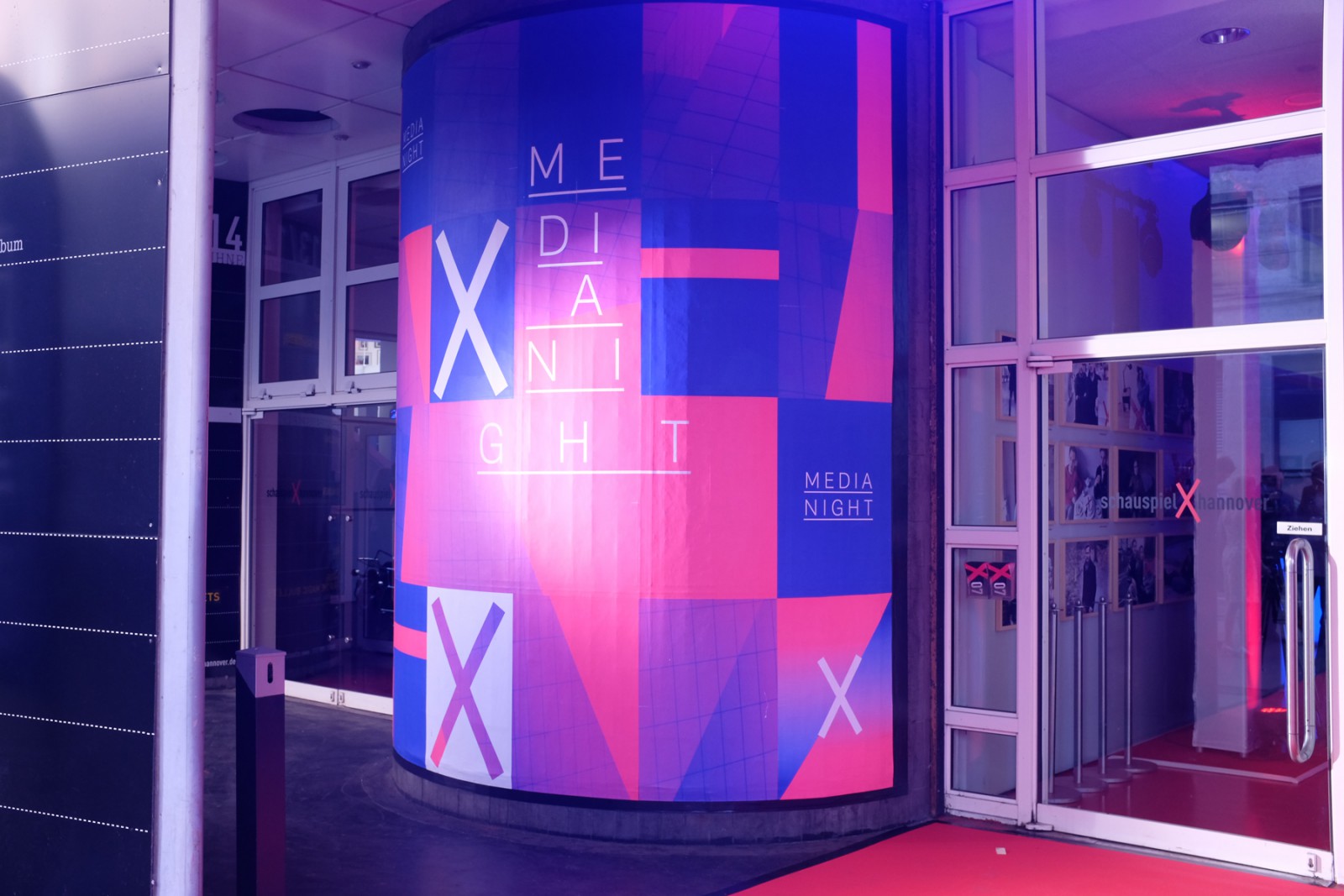 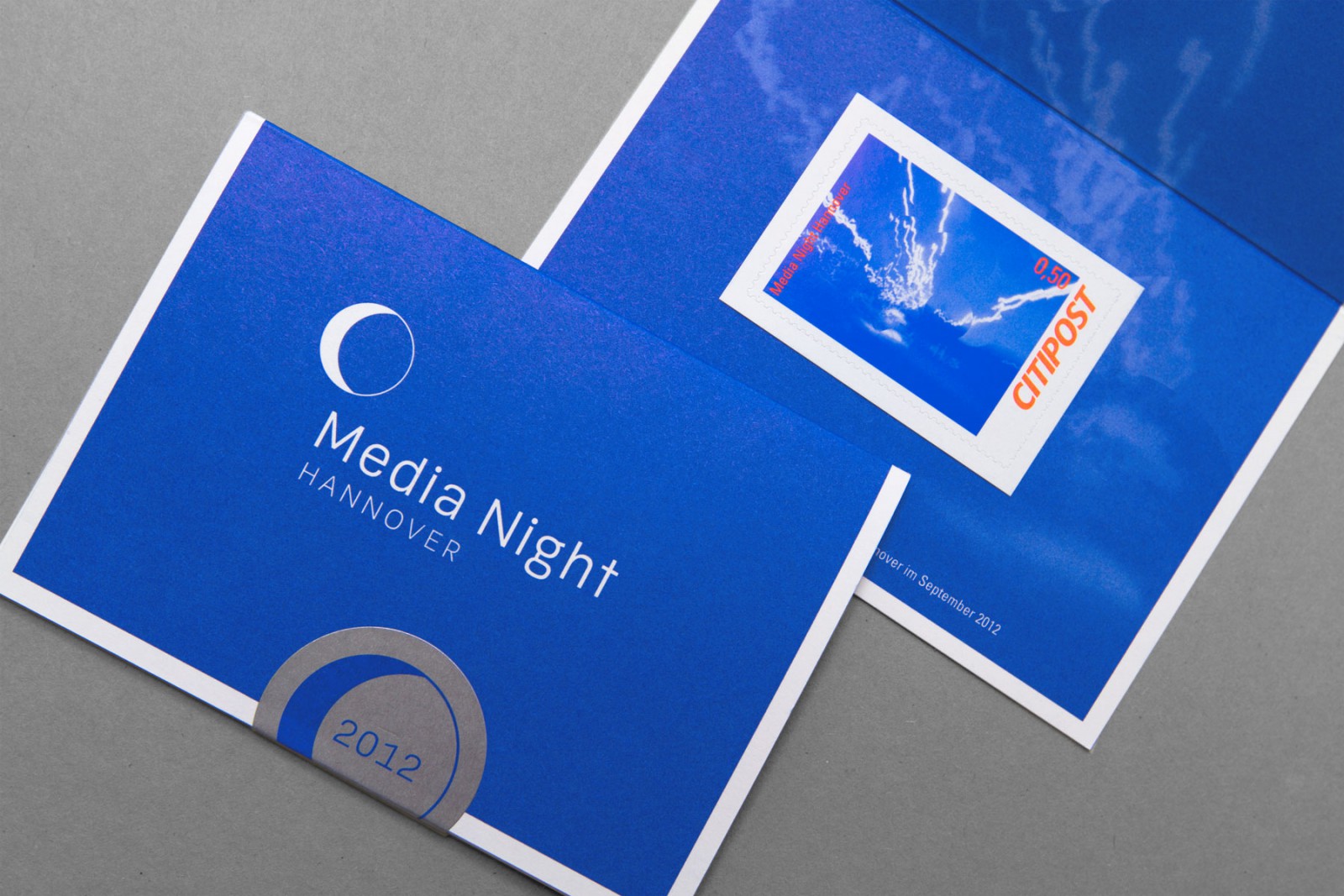 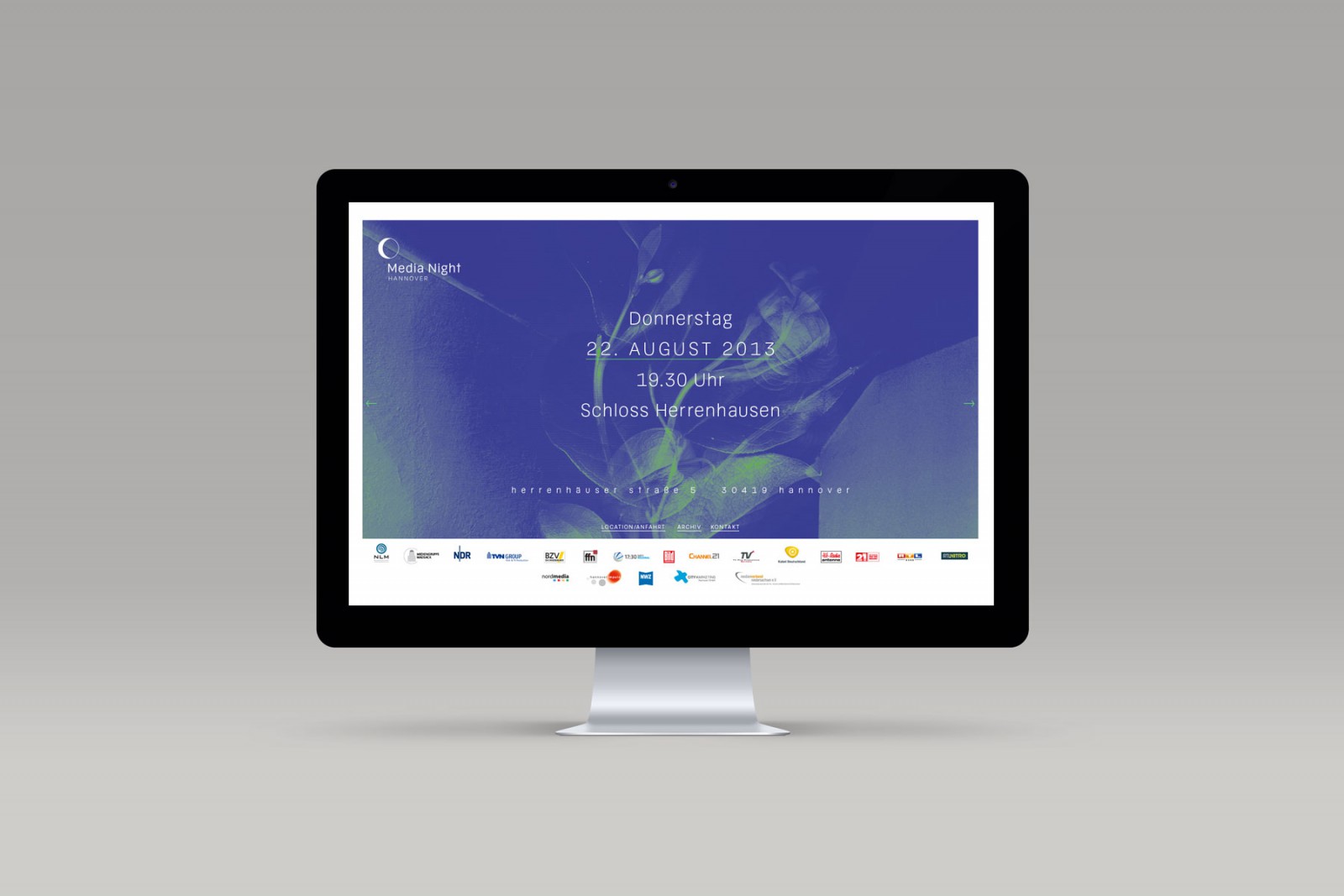 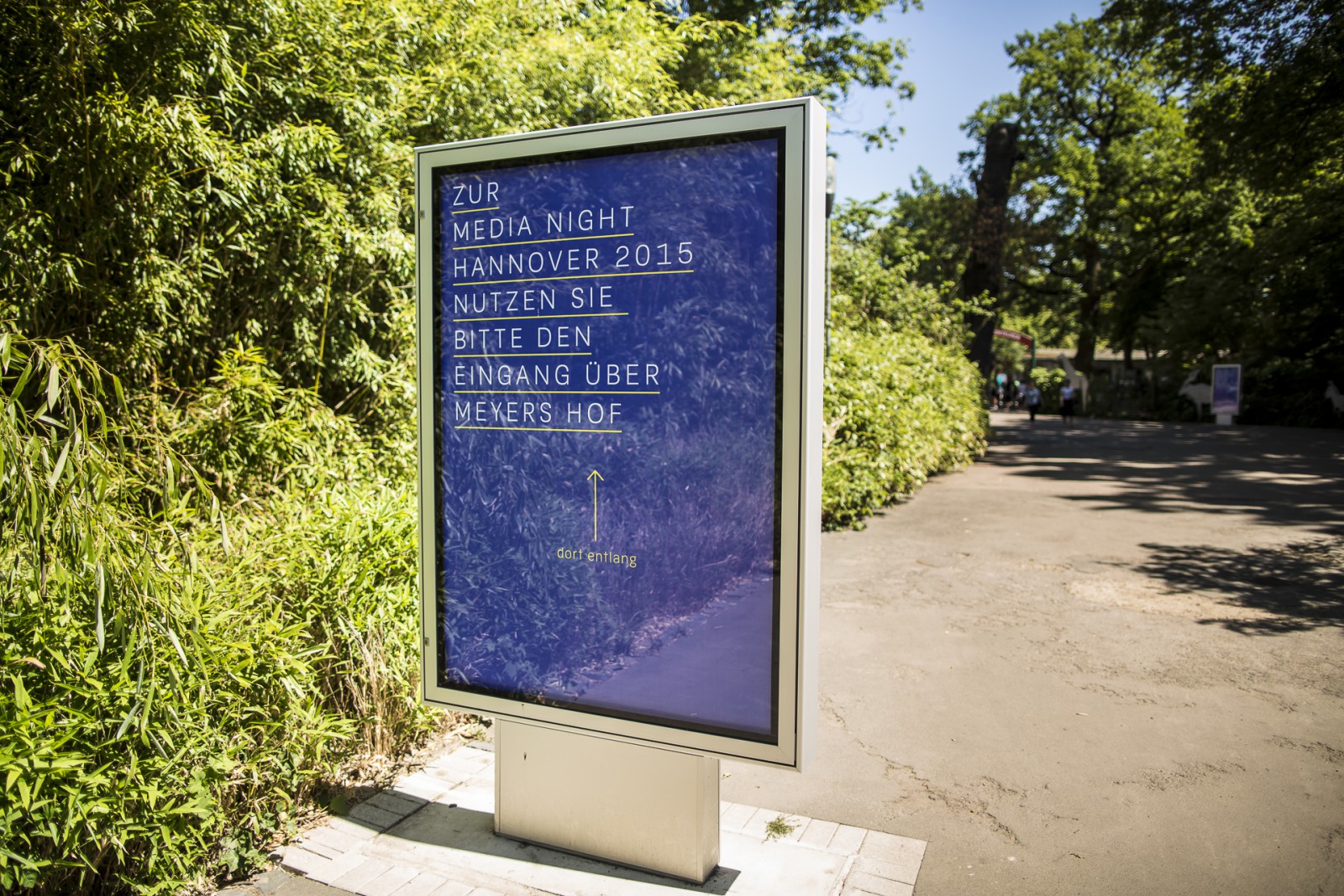 The Media Night is an event initiated by media companies in Lower Saxony. It is a networking event, a space for presentations as well as a meeting point for the national media industry.

The corporate design is based on a consistent treatment of fixed and variable elements. Recurring elements are formats, materials and the usage of font. Variable elements are the main motif, which references the changing event locations, as well as the employment of color.
The design encompasses the poster, the invitation, the web site as well as the transposition of the design onto the event space. The corporate design serves as a guideline for the decoration and organization of the space (e.g. the orientation system, digital and analogue banners, and the light concept). We employ digital components like video projection and multimedia applications, which are realized with external partners.

ItYt won the bid for the redesign of the Media Night Hannover in cooperation with APD-Events in 2012. In 2016, ItYt and ADP were, again, awarded the redesign. Therefore, ItYt designs the second series of events at the moment.